Captured in 1985 when she was very small, Baby delighted circus spectators and television audiences. Wise and responding to commands from a finger and the eye, the elephant is well-known... You can even hire her services for your living room! This "impeccable education" is none other than the reward gained from years of training and abuse... Stop mistreatment under the guise of moral lessons!

We can ask her to do anything! Go forward, backward, get up, go to bed, kneel, look “beautiful”, sit on a stool, climb on it, balance on three legs, then two or even one, dance around, hit a balloon! … When the act approaches the end, it then serves to draw her by one of her “tusks” which are of no longer of any use and then lead her to meet the public. Strokes and little affectionate “pats” on the head are waiting for her at the end of the chain! The “lucky” ones can take it in turns and keep a photo souvenir. Polite, she will wave goodbye to everyone with a white handkerchief before leaving … How touching! Baby is wise, Baby is well “educated”, Baby is as flexible as plasticine … Baby is a circus elephant.

Of course, her trainer watches over everything. Always the ankus and a pack of treats in hand. Between the two, Baby knows which one to choose. From experience, she knows that it is better to be docile. She is ready to accept anything. Besides, she will show this to us. Whoever sequesters her, she who has endured hell for many years, to even be used as a bench to sit on if he wants! Then he sits upon her side and swings his legs with contentment. Slumped to the ground on command, humiliated to the extreme, like a statue, she bears as much the weight of this humiliation as that of her «master». Not an ounce of reaction, not a whisper… Only a dumbfounded look can be seen in her eyes, though it’s thought she’s not even aware.

Spotlights in the dungeon

Baby is used to it. Baby has been perfectly formatted. Baby has become listless. It has been more than thirty years since she was captured in Africa when she was a baby. For all these decades, she has been performing in all kinds of shows, without ever flinching. One can even rent her “to create surprise and intrigue”. But do TV stations, movie stars and other fans of unusual events care about knowing at what price this elephant has become so obedient and servile? Do they really care about their daily life when “the party is over”?

We’ve been following Baby since 2005, we’ve seen the worst. Far from the limelight, the poor slave spends most of her time in a truck like prison cell. Its “owner”, who prides himself on loving her very much, has no qualms about leaving her locked up night and day! Sometimes he takes out his living toy to expose it to admiring onlookers. Without any precaution, he then makes her cross roads, in defiance of the animal’s safety as much as that of vehicles and pedestrians! Our investigators have collected dozens of videos, each more outrageous than the other. All of them reveal the horror of Baby’s existence.

“Destiny” has even led her, in the past, to cross paths with the Poliakov bears. Co-detained on the same fairground, each behind the bars of the cages belonging to their respective trainers … Everything is linked …

For Baby, the ordeal is not over. We have gathered enough evidence now of poor welfare, improper care and ill-treatment to enable us to file a complaint against the trainer who holds her! Please help us to deliver this!

The photos below do not belong to One Voice. All rights reserved. 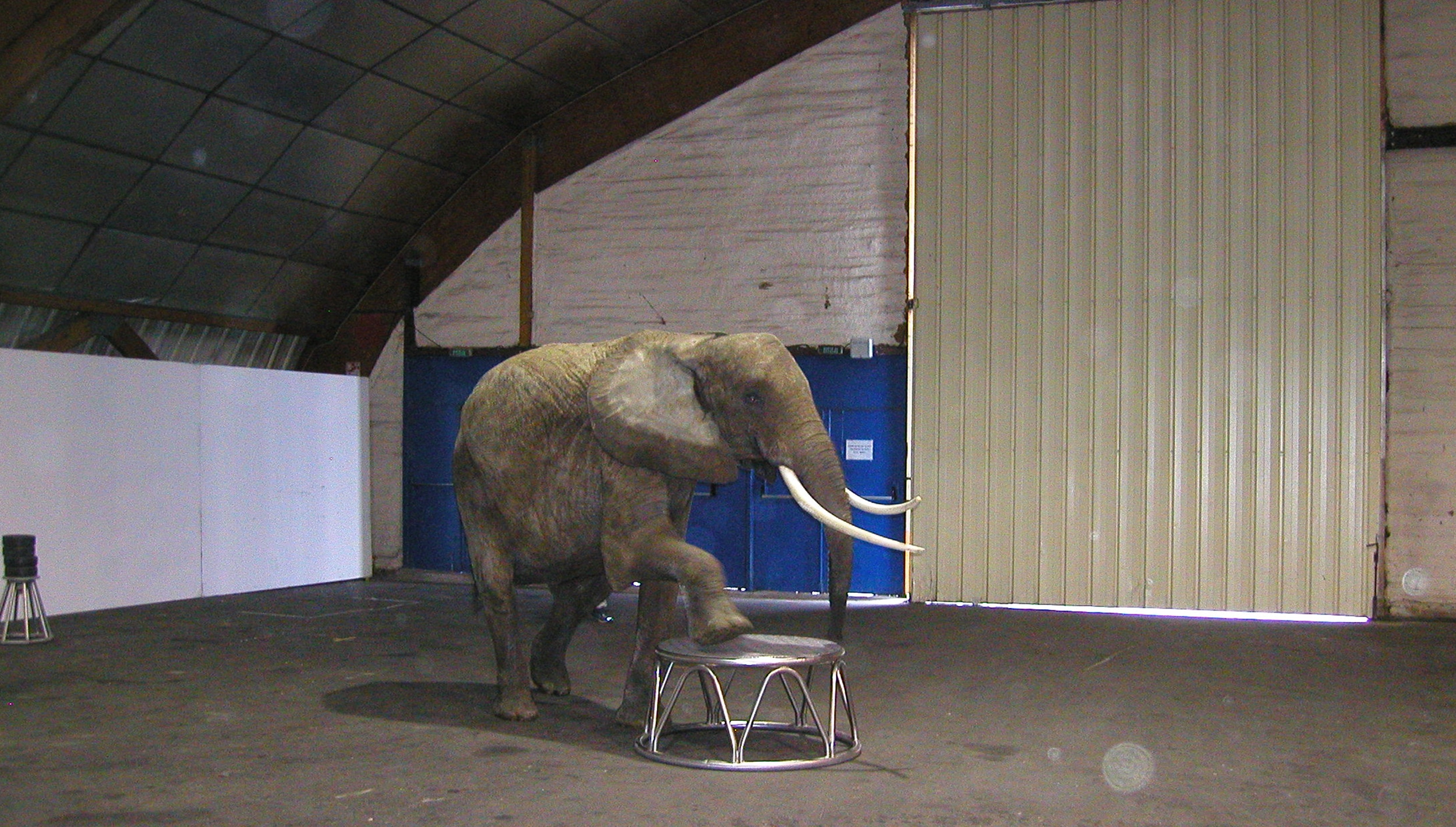